Alright you little shits it’s time for the Midnight Hour!

This is my first post for this site so I might not make this review too out of this world. That means you’re getting something that’s kind of vanilla. Okay it’s really vanilla. Yes I know that can mean boring but sometimes its nice. Some of the things that I’m going to tell you to watch may make you feel very dirty and maybe even a little sour. That’s why its nice to cleanse our bodies with something that’s a little more pure. Then we can taint it again in this non-stop vicious cycle. Ok, ready? Let’s dive right in!

Tonight I have a few titles that I am going to share with you all. Since it’s summertime this review has a summertime theme.

Our first title is Nee-Summer!

Nee-Summer starts off with our main hero Yuuta. It’s summer time and he’s stuck studying for his college entrance exams. He asks his cousin, Kei, for some help. Little does he know that Kei has some strong feelings for him. Her feelings are so strong she starts giving him a foot job. Yes you heard me correct. A foot job! (For all my foot fetish fans this is your shit!)

Now let’s continue this journey for my next title I present to you, Ero Zemi: Ecchi ni Yaru-ki ABC!

It starts off with our main character Kusukuni Kyouji. He’s a teacher that doesn’t teach traditional education but instead teaches sex. (That can be educational, right?) This school hears about his particular skills and wants to hire him so that he can teach their students how to have sex! I know crazy it’s crazy! But wait, it gets better.

One of the teachers wants Kyouji to take her virginity and fall in love with her. His reply made me rewind back to watch it a second time because he says, “There’s no way I can take your virginity in the short time frame of a single OVA!” My mind was racing and I was like what?! Mind blown! I actually had to stop fapping. I couldn’t believe they actually broke the fourth wall!

So then the teacher replies, “You’re right. I’m not the target.” Then he looks directly at the screen. He says sorry and kisses it. Bam! Mind blown again! This was so mind blowing and comical that there was no way I could keep fapping. I wanted to pay attention to the story just like if this was an anime.

Overall, I would say this is a good title to fap to but I actually was so caught off guard by them breaking the fourth wall that I would recommend this also for its mind blowing story. 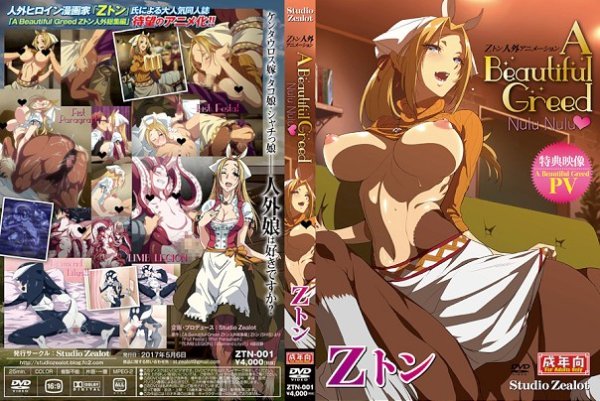 Now off to our last title! This title has a tag that some people might not be into. Monster girls!  If you aren’t into some weird shit then I’d stop reading now. On the other hand if you’re into furries and want to take it up a notch then come take a walk into the shadow realm with me. The name of this title is Zton Jingai Animation: A Beautiful Greed Nulu Nulu!

So that is all we have for now my minions. Until next time, Happy Fapping!